I wonder how many more different mascaras will launch over the years? I have seen so many in the years I’ve been a beauty writer, I’ve forgotten half of them! Vibrating mascara wands, layered mascaras, combs instead of wands, silicone, fibres, all sorts…

Rimmel has now launched another new mascara – the Volume Shake Mascara – with more new technology involved. It’s the first-to-market (that means there may be more of them to come!) Shake-Shake technology.

What is Shake-Shake technology? Well, it’s all in the bottle, and the patented shaker system which refreshes the volumising formula when needed. That means, according to Rimmel, the mascara stays good as new and clump-free from first use to last. 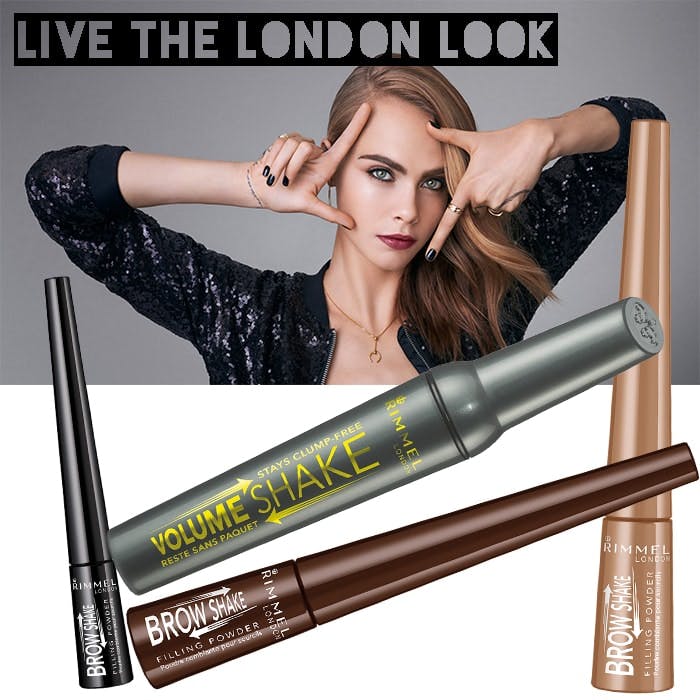 The ‘volume defining’ brush with flexible fibres, volumises and separates lashes from corner to corner. My verdict? It doesn’t give amazing coverage, but it does volumise, and made my eyes ‘pop’. But I still prefer a lengthening mascara, and obviously I can’t tell yet if the Shake-Shake formula works or not. It comes in one shade, Black.

Rimmel also launch a new Brow Shake Filling Powder. Shake the tube, then use the soft applicator to fill in sparse areas and define your arches. I do like this, but be careful, because you get a lot of powder on that applicator. You can also use this as an eyeliner to create a sultry, smoky, eye. It comes in four shades – Blonde, Medium Brown, Dark Brown and Black. 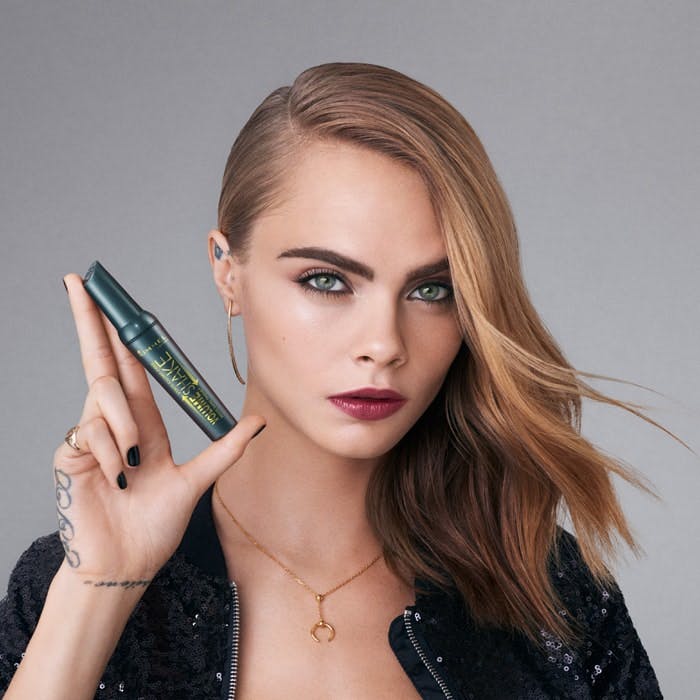 Rimmel encourage everyone to ‘Live the London Look‘ now, as opposed to ‘Get the London Look’, and has created a new visual signature, the double L frame, to inspire “memorable pictures, with bold attitude”. Just use the thumb and index finger of each hand and create your pose, like the beautiful Cara Delevingne.