Leona Lewis joins forces with Kiehl’s. New York skincare brand Kiehl’s has announced it is partnering with MTV Staying Alive Foundation for the third year running as part of its commitment to philanthropy within HIV prevention.

MTV Staying Alive, a global charity dedicated to stopping the spread of HIV/AIDS headquartered in the UK, is represented by 2017 ambassador and global music phenomenon Leona Lewis. Leona follows previous notable ambassadors for the charity from the world of music such as Tine Tempah (2015) and Laura Mvula (2016). 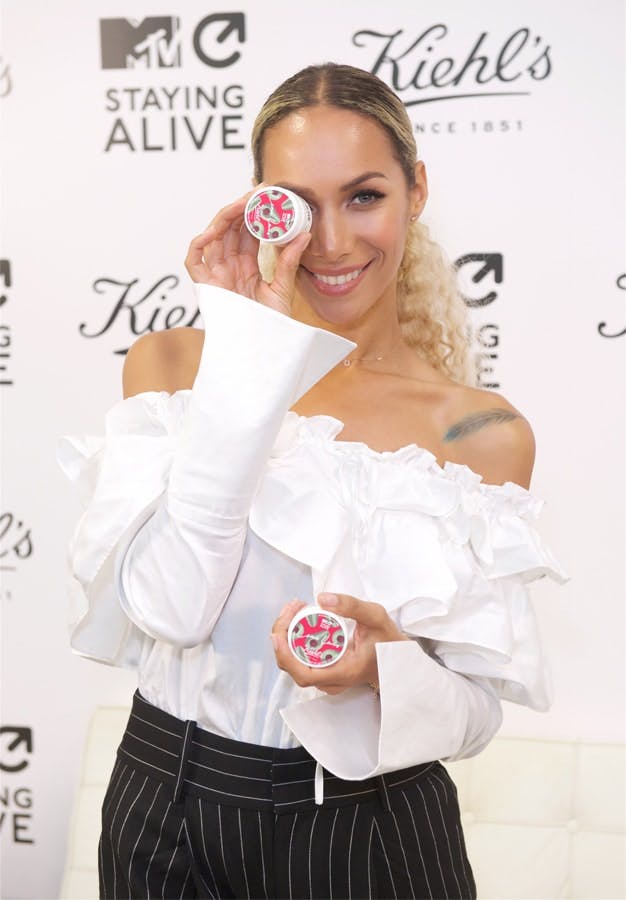 As ambassador, Leona will represent MTV Staying Alive globally, acting as the spokesperson and face of the organisation to help increase awareness of HIV/AIDS and raise vital funds.
The multi-award-winning and Grammy-nominated vocalist has designed a limited-edition design with Kiehl’s on one of their best-selling products, Creamy Eye Treatment with Avocado. And for each limited edition pot sold, Kiehl’s will give £10* to the MTV Staying Alive Foundation to empower and educate young women on HIV prevention.

It is a great honour to be working with MTV’s Staying Alive Foundation as an ambassador. I’m eager to raise awareness of the ongoing global HIV crisis. By empowering young people with knowledge about the disease – particularly women and girls who are disproportionately affected – we can help treat it and ultimately prevent it altogether. – Leona Lewis

The Limited Creamy Eye Treatment Pot will hit counters in June, so look out for it then, at Kiehl’s locations, and kiehls.co.uk, £22.50 per pot.