Whilst it’s always great to celebrate new launches in the beauty world- and there are more than enough of them to do that on this blog every week – there are some cult beauty products we just love to celebrate. Classics that have stood the test of time, maintained their best-selling status, and products that many of us couldn’t live without. So, let’s celebrate one every week! 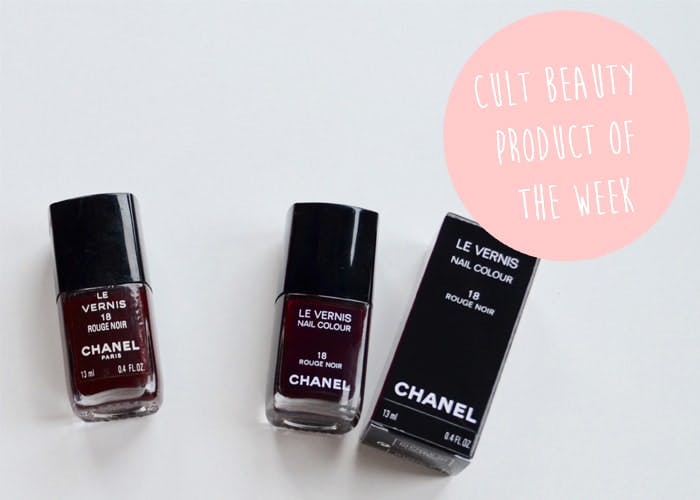 It’s quite strange to think now, in a time when you can paint your nails in every colour under the sun, and textural, matte, magnetic and suchlike nail polishes are nothing new, that just 20 years ago a simple shade of nail polish took the beauty world by storm.

Back in the days before the internet, before we all instagrammed our nails – there were 42,949,389 posts with the hashtag #nails when I checked Instagram for this blog post – Chanel’s Le Vernis Rouge Noir grew in popularity through word of mouth.That’s an old bottle of mine, in the picture, next to the new bottle on the right, with slight changes to the packaging – the Chanel double C is rouge noir coloured, not white. 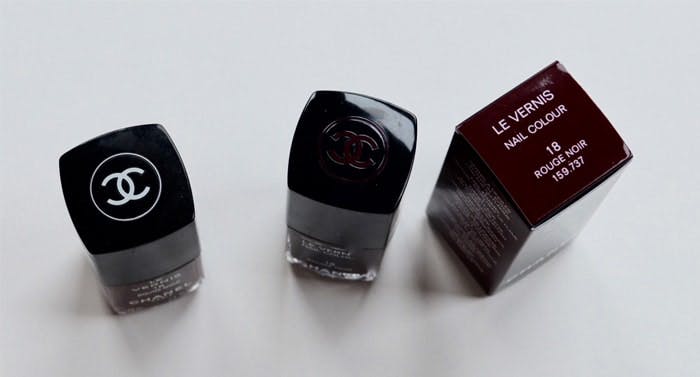 Originally called Vamp in the USA, this black/red polish was first seen backstage before the runway show for the 1994 Chanel Ready-To-Wear collection. It had been created in homage to a shade favoured by Coco Chanel herself.

In an article about colour in fashion, in the May 1926 issue of American Vogue, her visionary preference for an intense and unconventional black/red shade was obvious. The magazine opined: “Black and white are joined by red, a garnet shade, like the heart of a black cherry, which Chanel uses  frequently and which is often called ‘red-black’.”

Rouge Noir was seen on Uma Thurman’s nails, in the 1995 cult movie Pulp Fiction, and the phenomenon was born.

Rouge Noir as a nail polish shade was an unprecedented senstion. It was like nothing before it. It is bold, and yet almost 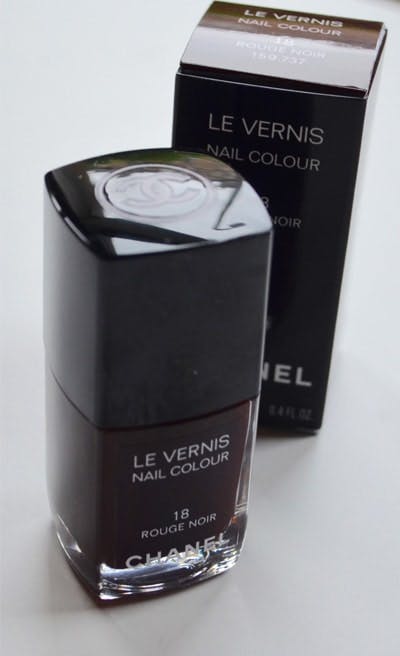 subtle at the same time. It’s so easy to wear, and it makes the most unkempt and untidy nails look chic and elegant. It works as well on short nails as long.

It doesn’t fit into any box – it’s neither gothic, nor classic, not rock, not chic, but all of them at once. It has taken its place amongst Chanel icons like quilting, tweed, beige and pearls.

People clamoured for it in the 1990s,  and 20 years later it is still a best-seller. A true cult beauty product if there ever was one.

It set the tone for the next decade, with nail Chanel nail colours becoming as anticipated as clothing designs. Particuliére, Paradoxal and Jade created a buzz, but nothing has surpassed Rouge Noir. It spawned hundreds of copies, but nothing quite matches the intensity of this classic shade.

And now, to celebrate its 20th anniversary, Chanel’s Holiday Collection for 2015 is based around Rouge Noir. See this blog post for more on that.