What do Cleopatra, Elizabeth Taylor and Kim Kardashian West have in common? Well, most likely nothing, really, but, thanks to US super beauty website / shop / edit / magazine / amazingonlinebeautythingIvejustdiscovered, VIOLET GREY, the three are linked together in a pretty gorgeous makeup cover story with celebrated makeup artist, Pat McGrath.

Over her 25+ year career, McGrath has been the makeup brilliance alongside some of the greatest photographers of our time  — Steven Meisel, Paolo Roversi, Helmut Newton, and Peter Lindbergh.

In her first Cover Story for The Violet Files, the magazine of VIOLET GREY, McGrath was commissioned to celebrate Hollywood iconography through the transformative power of makeup — transforming pop-culture icon Kim Kardashian West into Elizabeth Taylor’s iconic character in the 1963 film, Cleopatra.  There’s the connection. 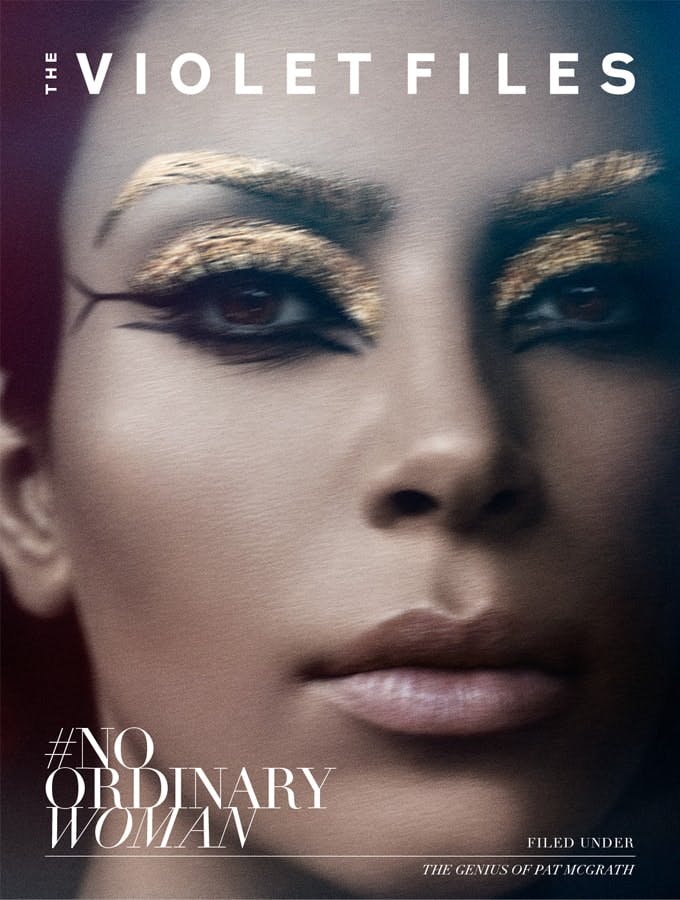 “Elizabeth Taylor’s makeup in Cleopatra has been reacted countless times, but for Kim I wanted to create a version that has never been done before, a futuristic 3D version,” says McGrath. 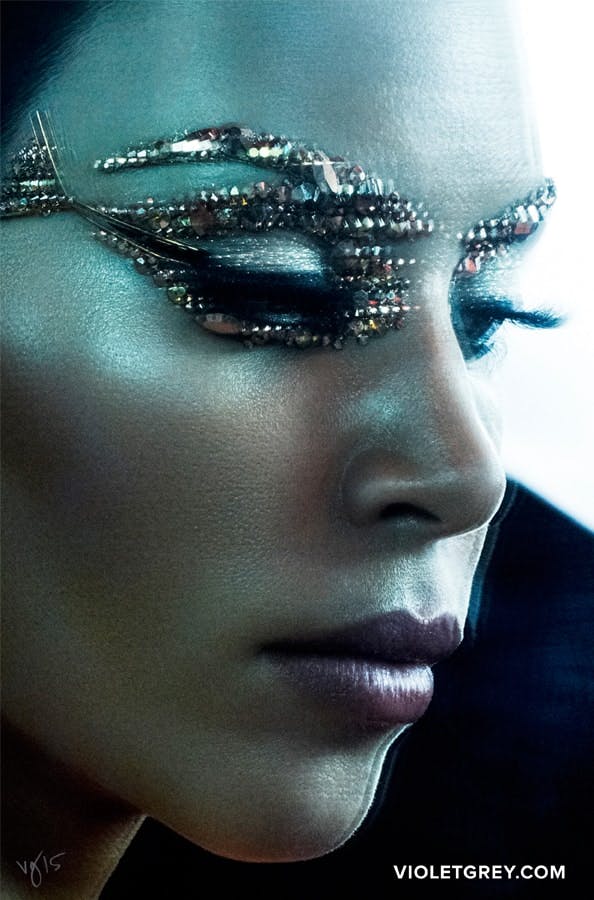 “I wanted to portray a luxurious decadence by using elements of ornate facial jewelry constructed into shapes that pay homage to Egyptian culture, and of course to the rich exotic character that Taylor played in this role.”

VIOLET GREY was founded by Cassandra Huysentruyt Grey, in 2013, and is described as a luxury, multi-channel beauty company with curated media and commerce arms, of which includes a brick-and-mortar flagship store at 8452 Melrose Place in Los Angeles, an editorially-rich online shopping destination at violetgrey.com, and a digital magazine The Violet Files.

This magazine is dedicated to documenting Hollywood beauty culture, offering the best in beauty products, art and inspiration. This story will be the first in a series by McGrath, transforming pop-culture icons of the present into those of the past.

Okay. it’s not a bold, brand new idea, but it works beautifully with McGrath’s artistry on board.

“It’s really exciting to do this project with Pat, and to celebrate the lost glamour of Hollywood through a modern lens, evoking that nostalgia and emotional connection,” says Cassandra.  “She’s just the best out there. She’s a real artist.” 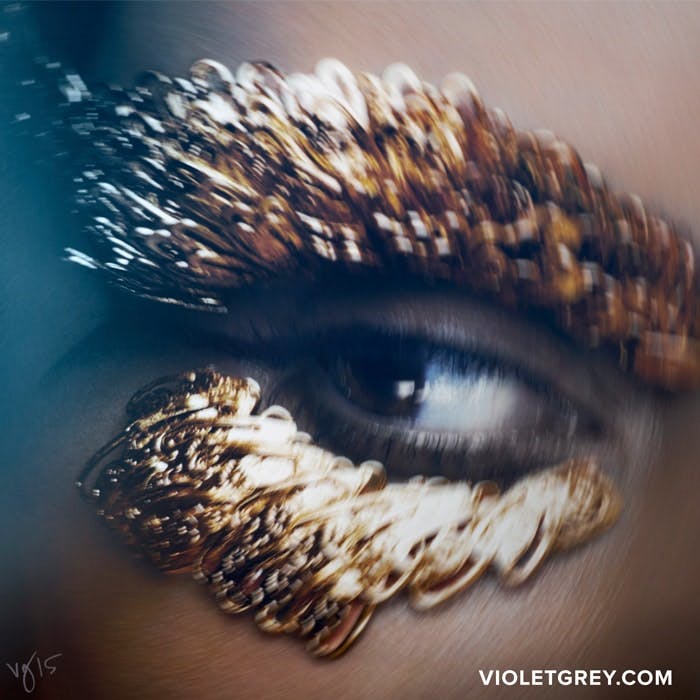 The Violet Files, VIOLET GREY’s magazine, is dedicated to documenting Hollywood beauty culture, offering the best in beauty products, art, and inspiration by those who know beauty best. The latest cover story, is the first of a series by McGrath for The Violet Files, transforming pop-culture icons of present into those of the past. The series is aptly titled — “The Genius of Pat McGrath.”

BEAUTY CREDITS for all of the images:
Makeup by: PAT MCGRATH | Hair by: JIMMY PAUL | Nails By: BERNADETTE THOMPSON |  Styled By: JENKE AHMED TAILLY

Join in the Social Media chat with hashtags #PATxKIM and #noORDINARYwoman, and you can follow them all on Twitter – @VioletGrey, @PatMcGrathReal, and @KimKardashian