Thandie Newton has frizzy hair. Don’t worry, she’s fine with it. I’m not insulting the actress; actually it’s completely the opposite. Thandie, who runs a fab website with make-up artist Kay Montano, called ThandieKay, launched her #frizzchallenge last year, when she decided to embrace the frizz.

“Every curly haired person shudders at the word ‘frizzy’”, wrote Thandie. “If you’ve got curls you want them articulated and defined – NOT brushed into a botch of follicle fuzz. And yet here was I questioning, why?” 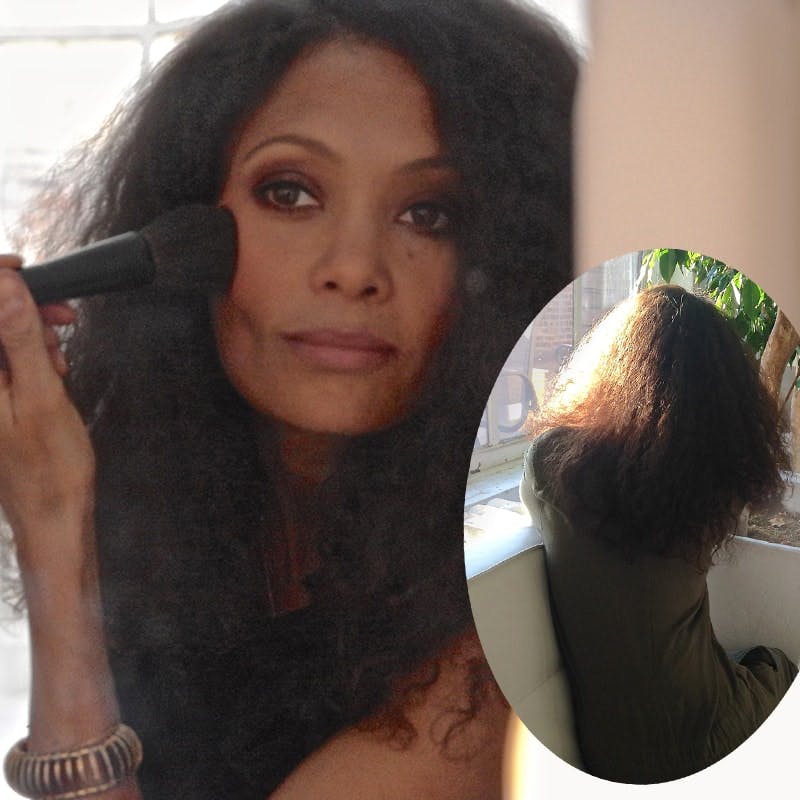 Thandie uses the Boucleme haircare range, launched by Michele Scott-Lynch, who battled against her own hair until she was in her 30s. So, the Hollywood star challenged Michele to be the first to complete the #frizzchallenge on Instagram,  and let her curls go wild.

Which was pretty cool, considering one of her products is a Curl Defining Gel, which promises to d 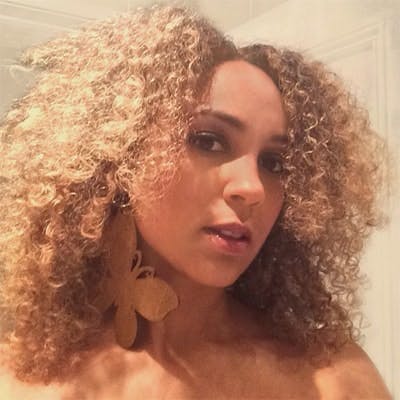 o the very opposite of letting the frizz run free! And we reckon Michele’s hair looks fab, pictured right.

Boucleme works on the principle that curly hair needs to be treated differently. According to Michele, sulphate and silicone based curl products strip away moisture and weight down curls.

So, what’s it like? Well, I used the Curl Cleanser – which doesn’t foam – and that didn’t phase me at all. It seemed to clean my hair perfectly. I followed it with the Curl Conditioner, and it certainly made my hair soft. Maybe too soft. I’m more of a ‘dirty curl’ fan these days. I like my hair when it is, I daresay, a little frizzy, if not just textured. 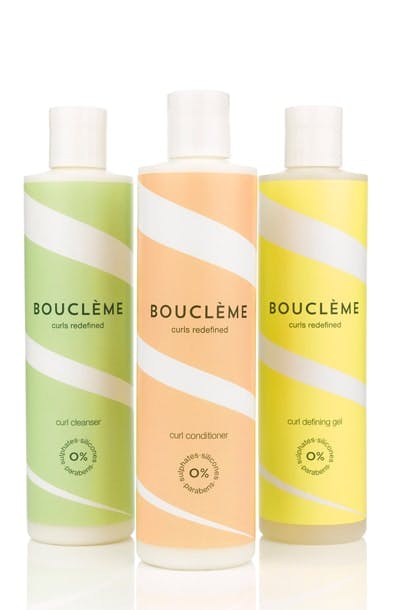 So, I haven’t tried the Curl Defining Gel, and am not sure I will. But I would like to get my hands on the last item in the Boucleme range – the Finishing Touch Curl Towel.

Apparently the common towel is no good for us curly haired girls – it ruffles the hair cuticle and messes up the curl pattern. Who knew?!

This little soft jersey curl towel, made from organic cotton and bamboo is the way to go – and don’t rub!