How much is your makeup bag worth?

A new survey shows that the average British woman carries £231 worth of cosmetics in her makeup bag. Do you think you carry that much? The research by online hair and beauty retailer Hairtrade.com quizzed 640 women about the products in their makeup bag, and how much they paid for them.

It all added up to around the price of an iPad mini – but did you think your makeup bag was worth that much? If not, you’re not alone – the survey also found that only 2% of women would consider their makeup bag a valuable item, despite the high cost. When told the cost, about one fifth of women expected it to be high, and 98% agreed they didn’t treat it the same as they did their other valuable items, like phone, tablet or expensive jewellery.

And only 3% said they wold claim on their insurance if their makeup bag was to get lost or stolen – even though 95% admitted they’d be lost without it. Well, I know I would, so I decided to add up the cost of my current makeup bag. 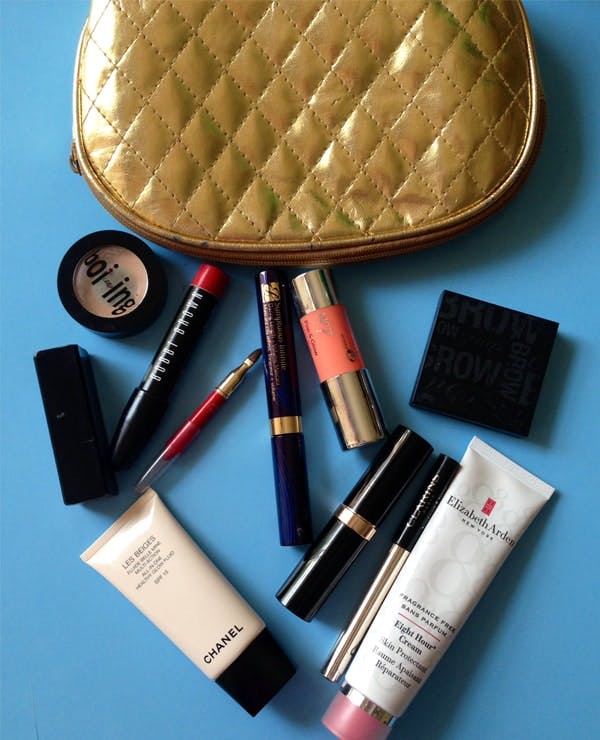 Almost three quarters of women also admitted to carrying their make-up bag around with them on a daily basis – seems pretty obvious to me. One woman who took part in the survey said: “My make-up bag is full to the brim with products, but I’ve never really considered how much they are actually worth combined.Most of the items in my bag are worth around £15- £20 which isn’t that much on the face of it, but I have at least 15 products in there so when you start adding them all up it’s shocking to see how much your make-up bag is worth.”

Another said: “If someone asked me what the most expensive item in my hand bag was I would never have said my make-up bag, so finding how much it’s actually worth is shocking.I don’t think that I spend that much on my make-up, but I have every one of the items on this list which I have bought for a similar price. It’s crazy to think that my make-up bag is actually worth more than my phone.”

A third said: “I always carry a fully stocked make-up bag around with me just in case. Sometimes I’ll do my make-up on the commute to work just so I can have an extra few minutes in bed, and other times I need it to get ready for whatever I’m doing after work. It’s interesting to think that your make-up bag is the most expensive item in your handbag, as I rarely consider it as something I need to keep safe.”

A spokesperson for Hairtrade.com said: “British women love their beauty products, and that’s clearly reflected in the weight and worth of their well-stocked make-up bags. Women like to prepare for every eventuality, so having a range of products in your bag means that if you want to go on an impromptu night out with colleagues for example, you can. That means that lots of women carry their make-up bags around with them, but many don’t consider them to be expensive items. It is important to consider how much you’d lose if it were to be stolen or get lost and make sure you keep it safe.”

What’s in your makeup bag? How much do you think it costs? Add it up and you might be surprised!