Bobbi Brown launched its Pretty Powerful campaign for 2019 last week (On Friday, International Woman’s Day). This year, for the first in a few years, they’ve launched a different product, and it’s a collaboration with Lulu Guinness.

Originally launched in 2013, the campaign has raised in excess of £250,000 to date, which has enabled the Smart Works charity to open an additional six centres across the UK – there are now centres in North and West London, Edinburgh, Manchester, Birmingham, Reading and Newcastle.

Over the years the campaign has evolved into a philanthropic partnership with Smart Works, a charity aimed at empowering women through career training programs and promoting confidence in women through beauty, and which, as of January this year, has the Duchess of Sussex as its Royal Patron.

Women  are directed to Smart Works from care homes, homeless shelters, mental health charities, prisons, job centres and more. Women are given the clothing and interview skills they need to succeed in their job seeking. And they are also given confidence and support.

The full RRP of the Bobbi Brown x Lulu Guinness makeup bag* will be donated to Smart Works. The lovely offering is a limited edition makeup bag, featuring the iconic lip which Lulu is so well known for. Inside the makeup bag you will find best-selling Smokey Eye Mascara, and Art Stick in Bare. 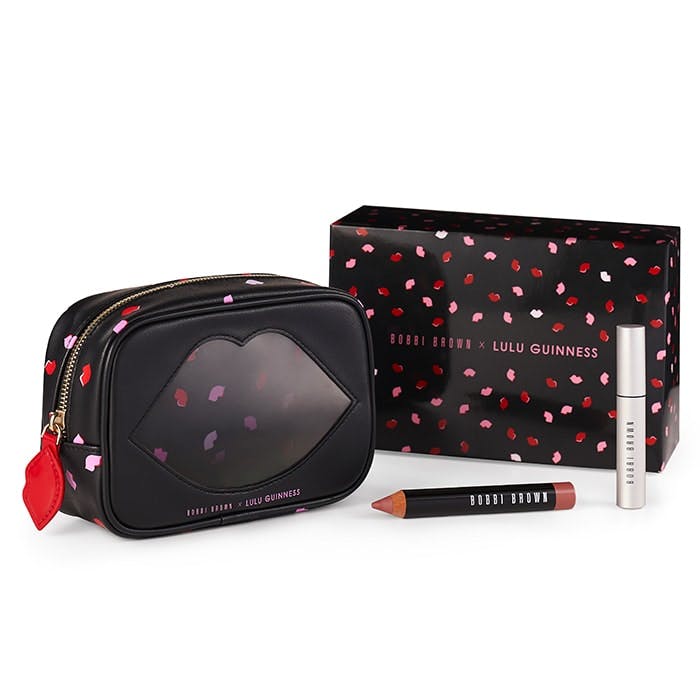 Lulu Guinness was thrilled to be a part of this campaign, and believes the message behind it, and the work it does is and inspiring thing.

“I’m thrilled to be part of the year’s Pretty Powerful campaign. Smart Works is doing amazing work to empower women to progress with their careers,” says Lulu.

“Being a woman in business myself, with a strong female workforce in my company, I know we can overcome anything when we feel good in ourselves and positive. It is wonderful to see that Smart Works is helping women to feel this way.

“The values of the charity are what I hold true to myself and my brand – to empower, give confidence, and inspire positivity in women. With this amazing campaign, I hope we’re able to support more women going back into work.”

Thank you @bobbibrownuk for #gifting me this lovely #PrettyPowerful x @lulu_guinness set that is on sale for @smartworkscharity – the full £35 RRP goes to the charity that helps women get ready for going back to work. The makeup bag is gorgeous, and there’s a Smokey Eye mascara and Art Stick in Bare inside. . . . #gifted #internationalwomensday #bobbibrown #bobbibrownuk #makeupfan #scottishbloggers #scottishblogger #edinburghblogger #beautyeditor #beautyfan #beautyaddict #smartworks #luluguinness

In 2017 Smart Works saw 3090 clients, with 60 per cent of the women prepared for interviews going on to get the job. Those are excellent results, and the more money raised, the better the success rates will become.

*I was gifted this lovely bag set for purposes of this post.