Benefit go Boi-ing with all concealers 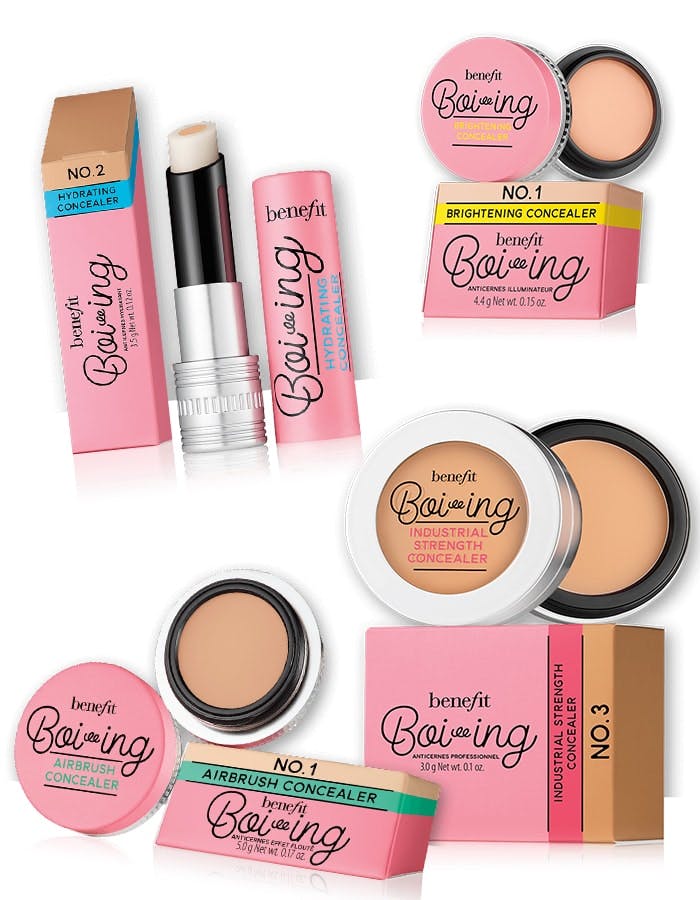 Firstly, the packaging is en pointe! I love it. it’s cute, kitsch and candy-coloured. Personally, I love Boi-ing Industrial Strength Concealer. it covers heavy-duty dark circles and blemishes, but it never ever feels caked on. if you haven’t tried it before you really must now. It comes in three shades, is full coverage, and it lasts ages.

The new Airbrush Concealer is sheer to medium coverage, and aims to conceal and ‘retouch’ the unevenness, fine lines, and undereye circles. It’s a soft-focus lightweight formula, which also doesn’t crease, cake or crack. I think if you ever found the original Boi-ing a wee bit too much then you will love this. 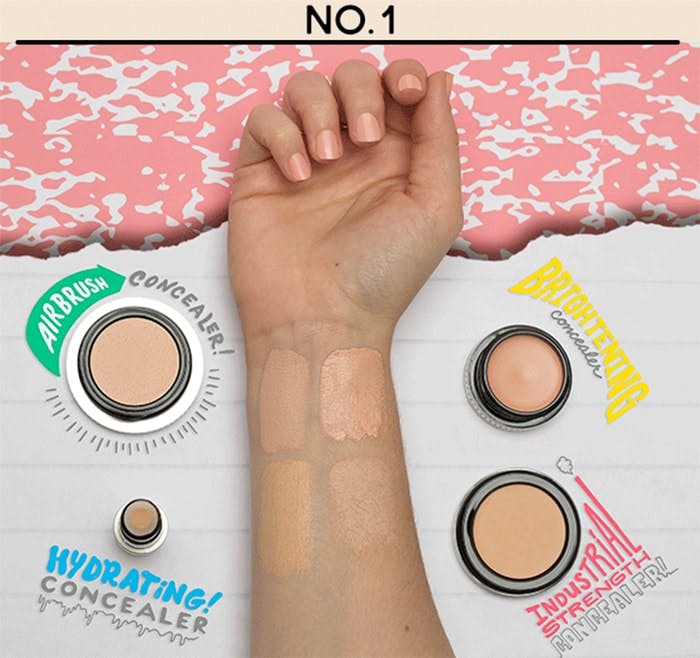 I also used to be a big fan of Erase Paste, so it’s good to see the new Boi-ing Brightening Concealer which replaces it isn’t much different. It also comes in three shades, is full coverage, and brightens as well as conceals.

Finally, the new Hydrating Concealer, to replace Fake Up. My least favourite of the four, because I was never a big fan of Fake Up. Although I have dry skin, I never liked the feeling of this under my eyes. It has a concealer core, with a clear, hydrating layer around it. It also comes in three shades, and has sheer coverage.

Which one is your favourite?

Benefit’s new Boi-ing Concealers are all £17.50, and available from June 24, at Benefit locations and benefitcosmetics.co.uk