This week three 5pm staff members got a whole new look for 2014. 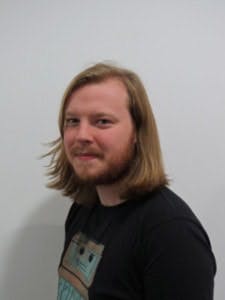 Back in December I decided I was going to get a whole new look to mark the beginning of a new year. Not only that, I decided two of my 5pm colleagues were going to get one with me.

As I wandered around the office asking for volunteers, I was very surprised when Keiran piped up to say he would take part.

For the year Keiran has worked at 5pm he has had floppy hair down to his shoulders as well as an impressive beard.

Along with his eclectic range of t shirts, Keiran’s hair was his defining feature, an important part of who he was.

But he was ready to leave it behind.

“I felt like I’ve had the same look forever,” Keiran said, “and this was the perfect opportunity to make a change and shake things up.”

“I tend to make impulse decisions like this from time to time.”

Keiran and his impulsive nature headed along to Goodwins Hair Boutique in the Merchant City on the quest for a new ‘do.

Sylist Laura McGregor was ready to help him find his perfect haircut.

They began to look through magazines for some inspiration.

“We looked through some magazines to find a cut and eventually picked a style worn by Ed Westwick from Gossip Girl,” Laura said. “He has a similar face shape to Keiran so I thought it would work well.”

And then the transformation began. 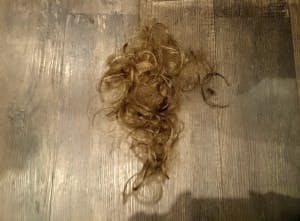 “Keiran has really thick hair so to make sure he didn’t lose the texture I used a point cutting technique to do the cut,” Laura said.

“I also decided to brighten up his colour with some sun kissed highlights and a diacolour,” Laura added. “Keiran is quite fair anyway so the highlights were really fine and scattered throughout the hair.” 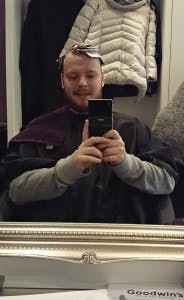 Keiran waiting for his foils to set

“I also gave his beard a trim as well. It was really good fun!” 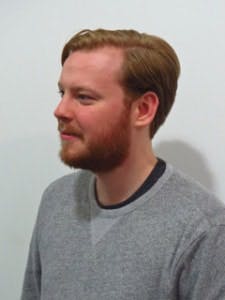 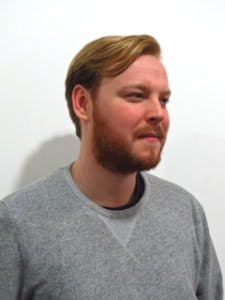 And what did Keiran think?

“I love it!” he said. “And my girlfriend Caitlin loves it too which is the main thing.” 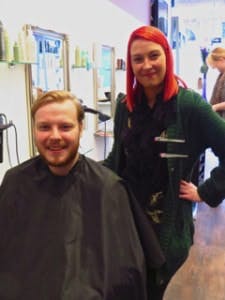 Keiran and his stylist Laura

“She was shocked by the change but said she really liked it and put up loads of photos on Instagram.”

*Check back tomorrow to see our third and final 5pm staff transformation!

Like Keiran’s do? We have discounted offers at Goodwins Hair Boutique available only on 5pm Health & Beauty.