It’s been over a decade since Cacharel launched its last brand new perfume  – so this is a big thing. Who is Cacharel? Only the brand behind one of the world’s most well-known scents of all time – Anaïs Anaïs.

Kate Moss and Gisele Bunchen have been faces of the brand over the years, and Anaïs Anaïs, a floral scent launched in 1978, is one of an elite list of iconic fragrances of our time.

Cacharel launched Liberté back in 2007, and since then it’s been reworkings of the Amor Amor fragrance, and a few variations on Anaïs Anaïs.

But now, for 2019, it’s Yes I Am. It’s quite an odd one this, I have to admit. It’s definitely being aimed, as Anaïs Anaïs originally was, at a younger market. 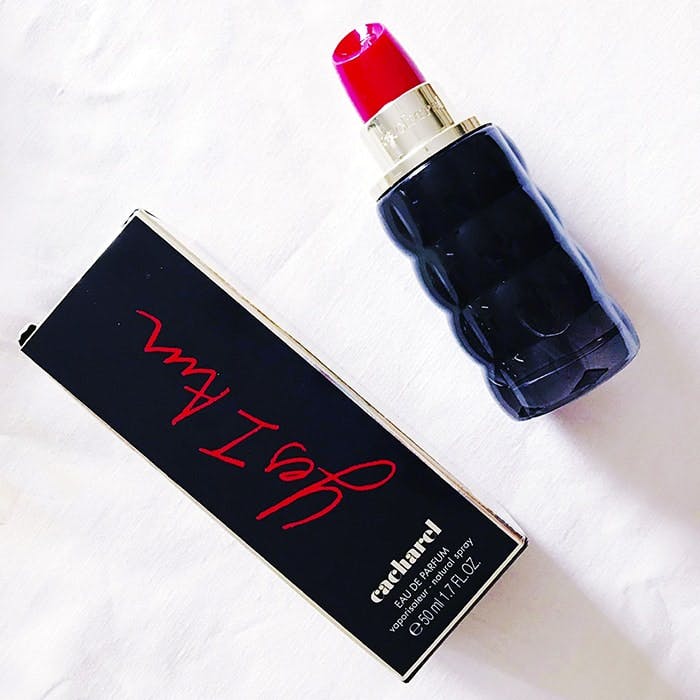 It’s kinda kitsch, and a bit gimmicky – the bottle in the shape of a lipstick. But I do like it – it’s fun. The scent itself is a spicy oriental. The top notes are Mandarin, Raspberry and  Cardamom, it has a heart of Ginger Flower, Jasmine and Gardenia, and a base of Milk and Sandalwood.

It’s not a classy scent, and it’s also not that unique – I feel like I have smelled this a hundred times over the years. But it’s not unpleasant, if a little cloying for me. 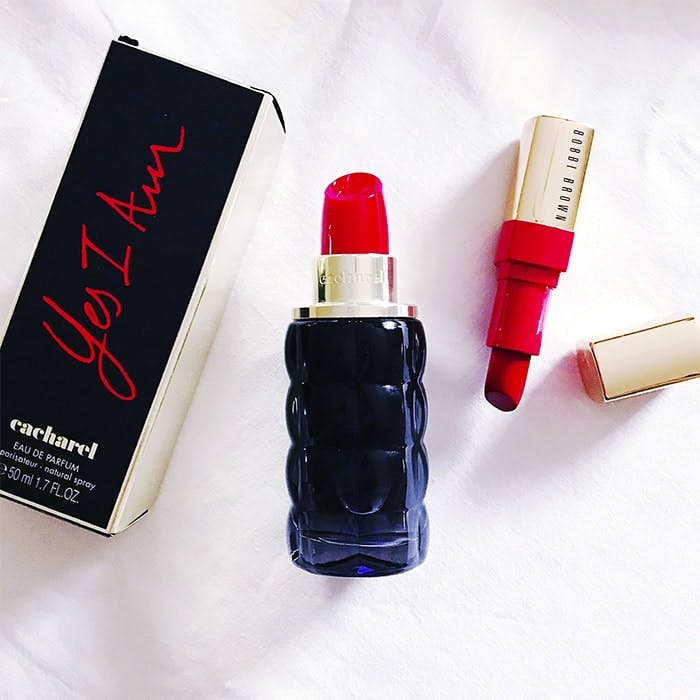 I’m not sure this is going to have the longevity of Anaïs Anaïs, but nothing Cacharel ever does is likely to usurp the popularity of that iconic scent.