Every September, Jo Malone London has a big launch of a new scent. This year, it’s Honeysuckle & Davana.

Here’s one thing that really gets on my goat with Jo Malone London, and they do it consistently. English countryside. Eh, WE HAVE HONEYSUCKLE IN SCOTLAND TOO. Look, here it is my village street.

Honeysuckle. In my street. Disproving the Jo Malone London press release claim that Honeysuckle is an English flower. This is not the first time this brand has used the term English, when they obviously mean British. Please, stop it. It’s annoying and insulting to the other nations within the UK. England is not the UK. The UK has Scotland, Wales and Northern Ireland in there too last time I looked. And there’s honeysuckle in hedgerows across all of them, I’ll bet. Much like there is in parts of Europe too. 🏴󠁧󠁢󠁳󠁣󠁴󠁿 🏴󠁧󠁢󠁥󠁮󠁧󠁿 🏴󠁧󠁢󠁷󠁬󠁳󠁿 🇬🇧 and no NI flag emoji! Sorry. The new honeysuckle & davana cologne is out in September, if you fancy it. More on the 5pm blog . . . . . #british #english #scottish #welsh #northernirish #honeysuckle #perfume #cologne #jomalonelondon #getitright

A post shared by Merle Brown Beauty Journalist (@merlesbeautyworld) on Aug 27, 2018 at 7:14am PDT

The press jargon states “Hedgerows him with bees and bugs. The sunny yellow and soft peachy shades of untamed honeysuckle climb through the ENGLISH countryside.”

The Master Perfumer, Anne Flipo is quoted as saying “We added an unexpected twist to this very ENGLISH flower…”

Okay, her and her team were briefed to capture the exact scent of honeysuckle, and they did this thanks to the headspace they created in the Cotswolds, but honeysuckle is not exclusively English, and the term English is incorrect when applied to the whole of the UK.

PLEASE. Jo Malone London. Unless it truly is something that is specifically English, can you just use the term British to describe it? 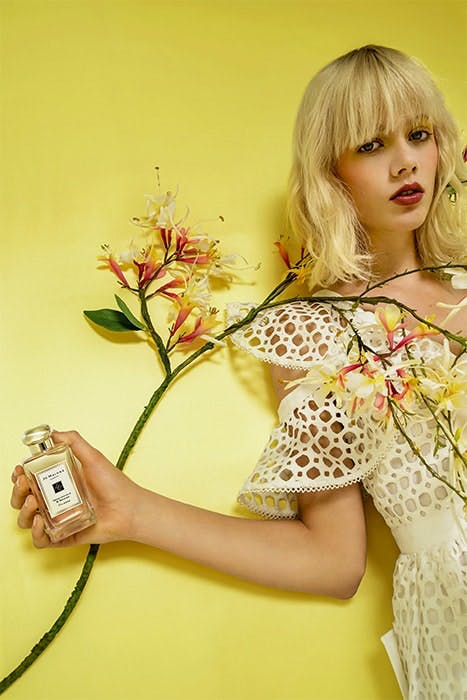 In Scotland, honeysuckle is just as abundant. My last garden was absolutely full of it, and it wound its way around almost everything that got in its path! Apparently, back in the day, it was considered to ward off evil especially around May Day, when it was woven into a wreath, placed on the front door and in the rafters of byres – cowsheds.

Many Scottish poets have extolled its qualities,including Aberdeenshire poet, George P Dunbar, who wrote about it in his Doric poem, Granny’s Gairden.

So, we have established that honeysuckle is not solely English. Now, let’s get back to the fragrance! The top note is Davana, something I have not heard of at all. It’s an aromatic herb used in chypre or fougere fragrances, and blends well with Moss, the base note of this scent. The heart is obviously Honeysuckle, and there is rose in there too. It’s sweet, floraly but not cloying. 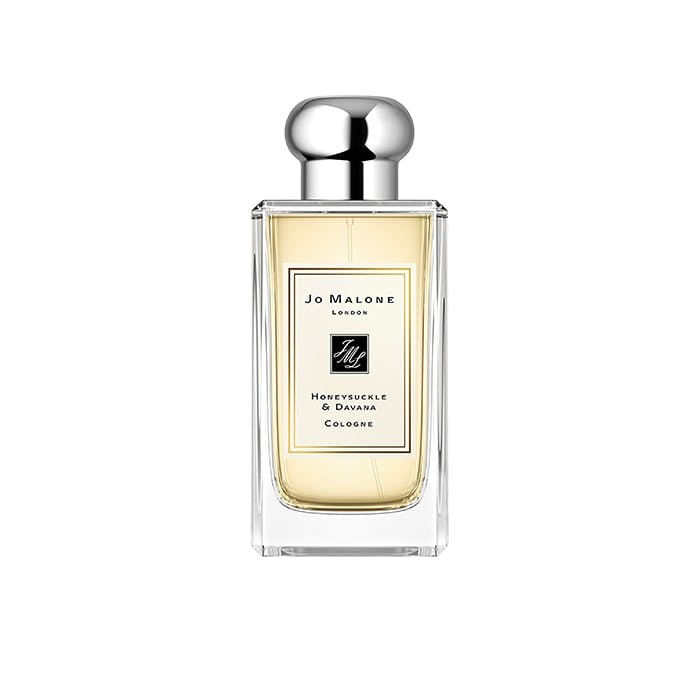 Jo Malone London suggest their Fragrance Combining with this one for day and night. I was given a lovely hand and arm massage in the Edinburgh store, and opted for the daytime blend with Grapefruit, which I love. My fellow pampered journalist opted for the evening blend of Oud & Bergamot, and it, too, was lovely – changing the scent to a much headier one. 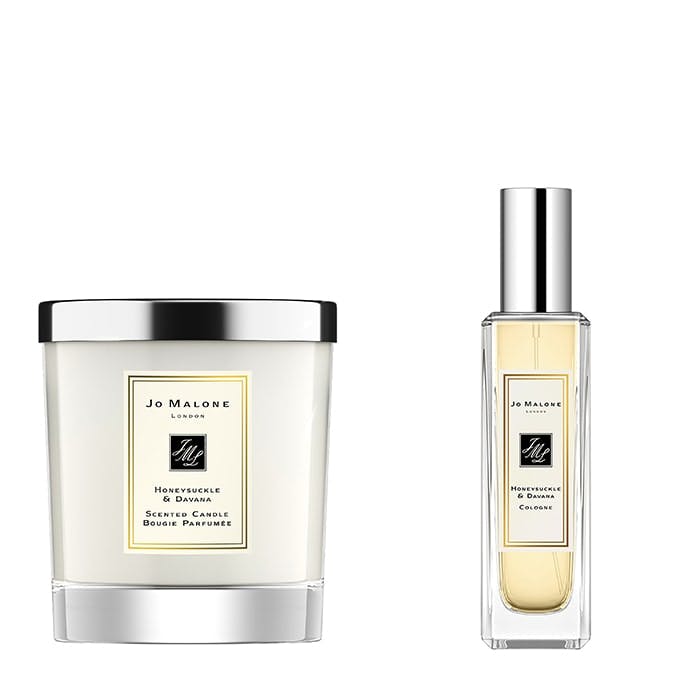 It’s available from September, and comes in two sizes of cologne, 30ml and 100ml, and the Home Candle. If you love honeysuckle, this will be right up your street. But be warned – a wasp circled in the shop and a bee followed me down the street when I left! This scent is obviously a great recreation of the actual honeysuckle bushes! 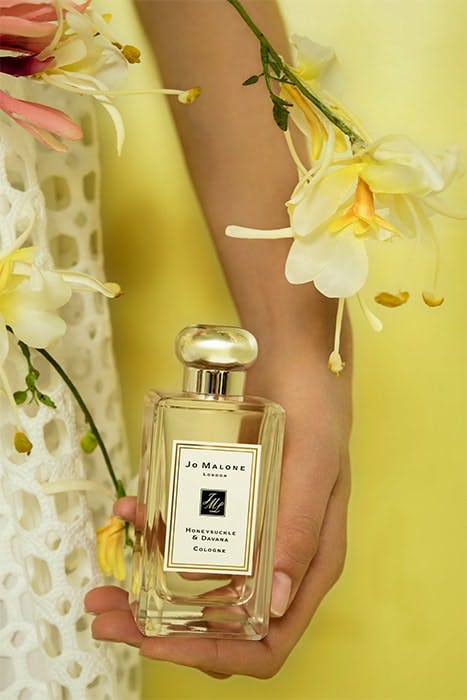