What better time to launch a new fragrance than in time for National Fragrance Week? Chanel did just that, launching their new Coco Mademoiselle Eau De Parfum Intense on March 1, just in time for Fragrance Week, which ends this weekend. 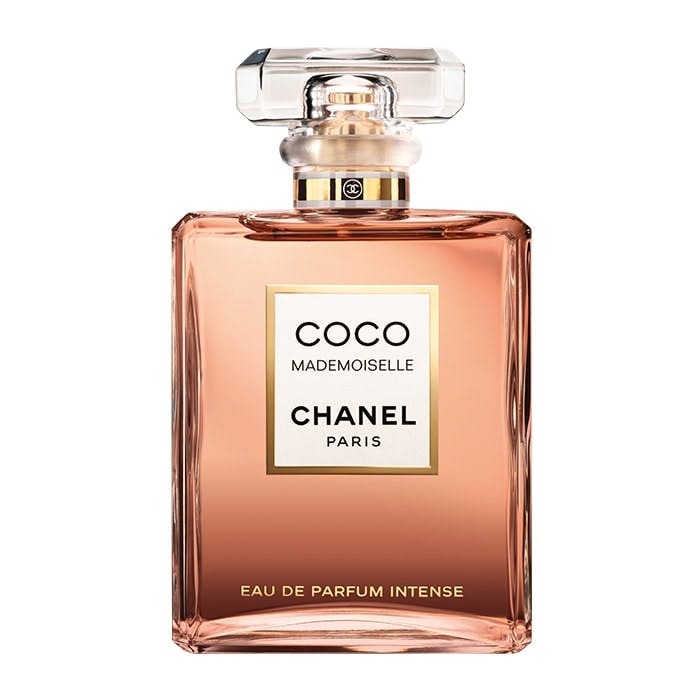 The new Coco turns things up a notch, whilst retaining much from the original scent. Like the original this flits between the freshness of citrus peel and the ardent blaze of wood, but adds beautiful Indonesian patchouli to intensify the heart of rose and jasmine.

I wanted to remain close to the original formula, while giving it a whole new dimension. I wanted to increase the proportions of fractionated patchouli.  Push it to the limit. Unleash its power on the skin without altering the freshness of the top notes  – Olivier Polge, Perfumer-Creator for the House of Chanel.

So, you can identify the top notes of the Sicilian orange and Calabrian bergamot, as well as the fruity accent that distinguishes the original Coco Mademoiselle, but then you get that patchouli hit. To create an even more magnetic and enduring fragrance, perfumer Olivier combined a higher proportion of patchouli leaves with an ambery accord composed of Tonka bean and Madagascar vanilla absolutes.

Keira Knightley is again the face of the campaign, and the advert is directed this time by Johan Renck, taking over from the previous director Joe Wright who worked on the previous three campaigns, which began in 2007.

I am not a Keira fan, I have to say, but the images are great, and the advert is as daft as most perfume adverts, if not stunningly shot!