Jo Malone London launch its English Fields Collection in March and the packaging is the first thing you’ll notice. Completely different to the usual packaging, the opaque two-tone bottles are lovely.

The packaging represents the unexpected combination of the two ingredients  – the matte texture of the base is the cereals/grains and the pastel bottle is the fresh flowers.

It does slightly irritate me that it is called the English Fields collection. Oats and barley are huge crops in Scotland. The collection, therefore, should be called British Fields, but it clearly doesn’t sound as romantic… 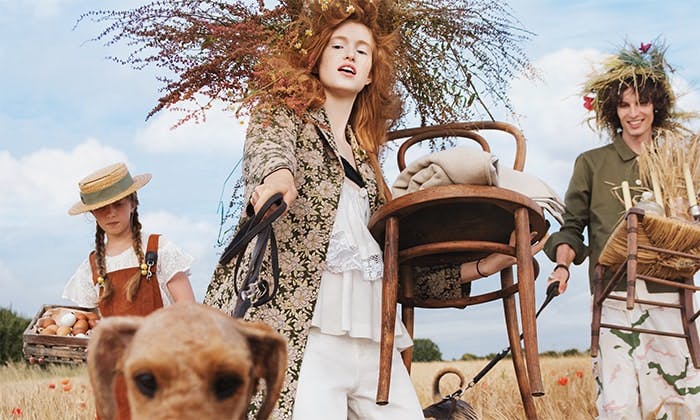 And then suddenly I got a vision of Theresa May running through fields of wheat…who can forget that revelation?! I wonder if Jo Malone London has sent her this collection?! 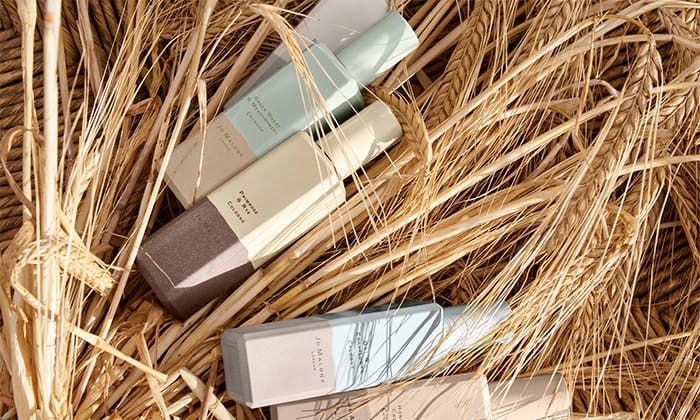 The fragrances were created by Celine Roux, Head of Global Fragrance, Jo Malone London and Mathilde Bijaoui, Master Perfumer. So, probably best left to them to explain more about them. 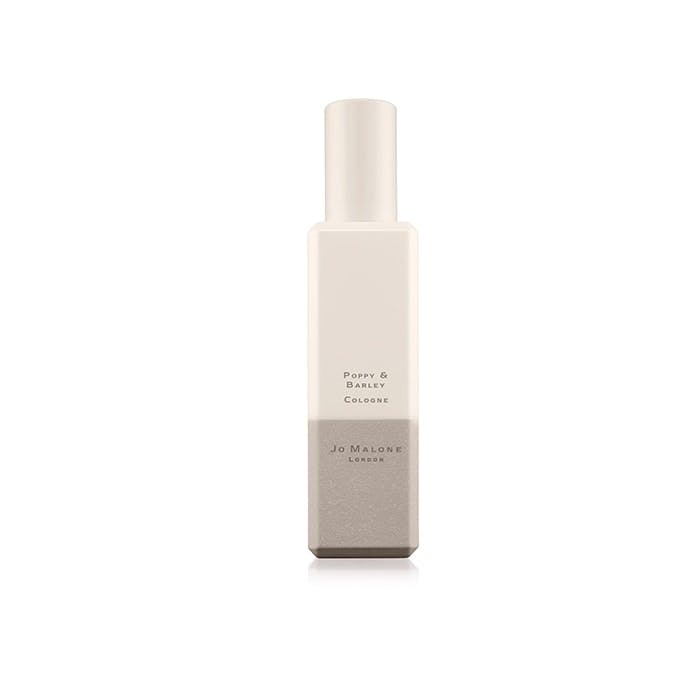 Celine: Poppy was a very important ingredient for the collection as it so quintessentially British. It is symbolic to this country and they always appear in English fields.
Mathilde: Poppies don’t have a specific scent, so I created an accord of green notes and red rose to express the colours and vivacity of the poppy fields. I added some fig and violet flowers to bring a rounded and edible facet to the scent, and used the bran absolute to emulate the nourishing and savoury warmth of barley. 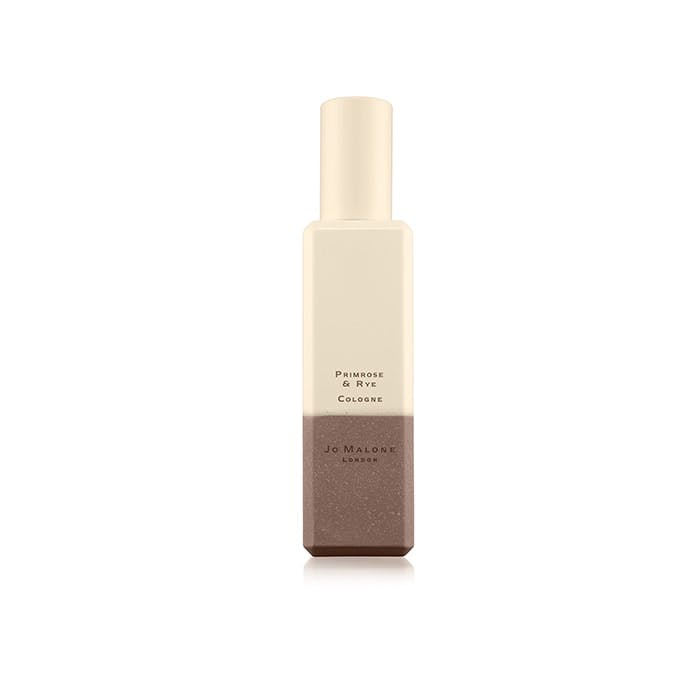 Celine: The idea was to have a ‘sunny’ fragrance – not a tropical scent but more like sun-baked fields on a late summer’s afternoon.
Mathilde: I remember sitting in a café with Celine and she told me she wanted something very yellow and sunny with a touch of smokiness. Primroses are the perfect joyful yellow flower, and I added corn, coconut and mimosa to enhance that rich, hazy and solar effect. 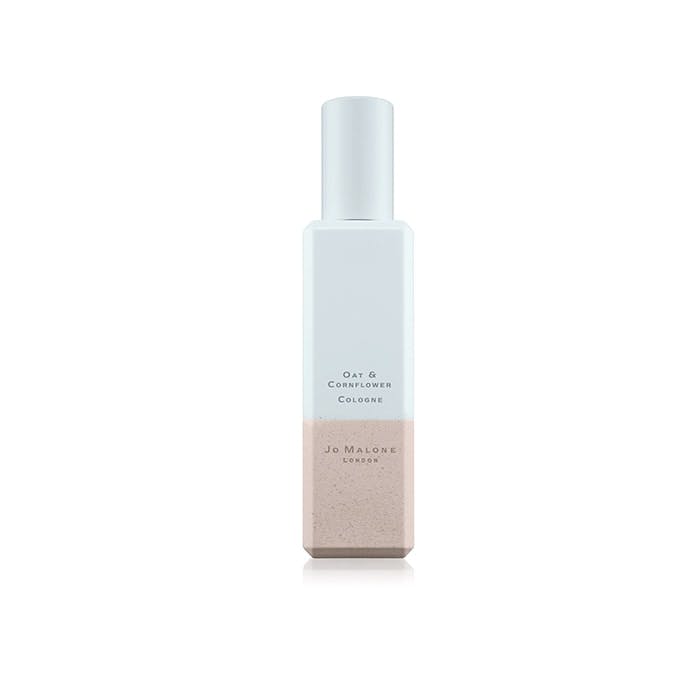 Celine: This was the first fragrance we worked on. The creamy oat colour was a great contrast to the blueish-purple cornflowers. Mathilde came up with an accord to represent the oats
Mathilde: I wanted to replicate the nuttiness of oats so I included some hazelnut, and enhanced the fragrance with a warm, sweet tobacco, bezoin and earthy vetiver. For the cornflower effect, again there is no direct extract so I created a very poetic concept using hedione, which has a fresh, airy floral scent. 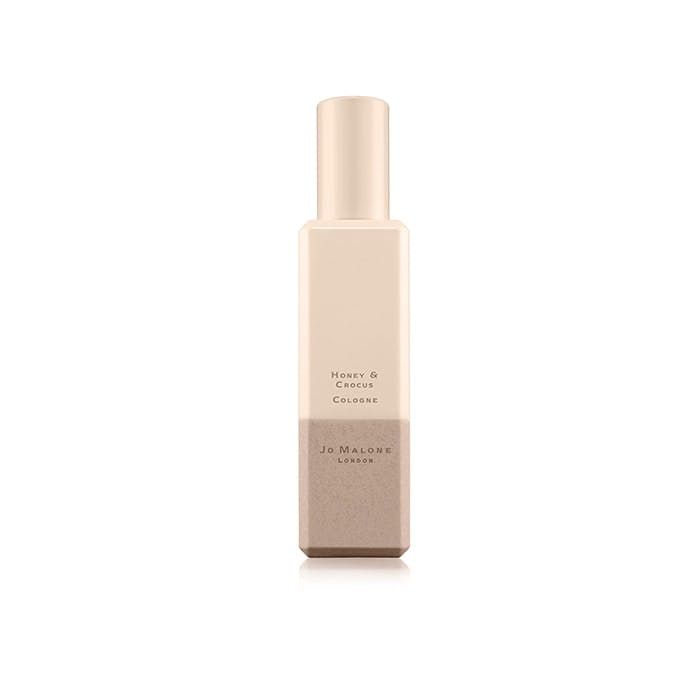 Celine: One of the visions we had for English Fields was bees flying over the meadows pollinating all these wild flowers, so we wanted an element of nectar and honey in one of the fragrances. Crocus is such a quintessential springtime flower and Mathilde was able to combine these two ingredients perfectly.
Mathilde: The honey note had to be just right for this. I highlighted its freshness with a lavender extract. 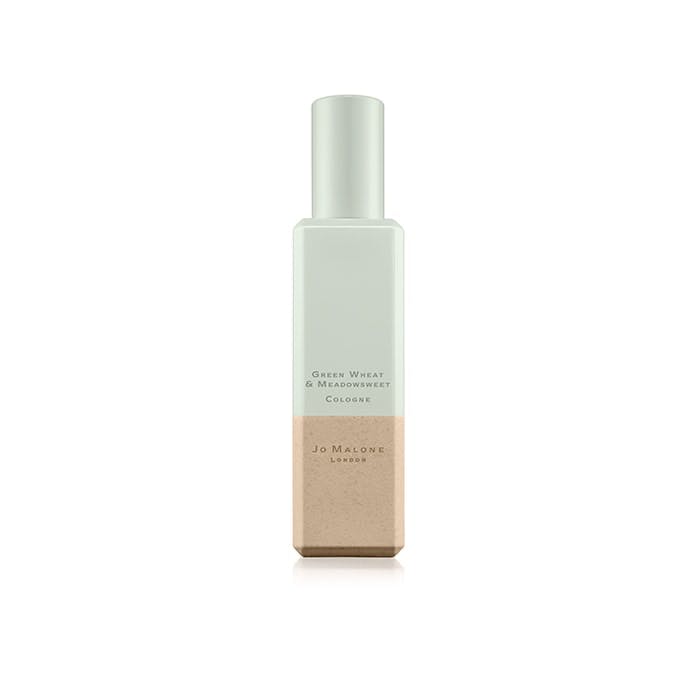 Celine: This was our chance to capture fields of young wheat: they represent a new beginning, the start of spring when everything is beginning to grow.
Mathilde: I used some grapefruit to draw out the fresh youth of the wheat. I love the dryness that the vetiver brings too – it’s such an earthy note.

If you want to know more about the English Fields collection concept, then here’s a fab Q&A with  the creators.

Take us back to the moment you came up with the concept for the English Fields Collection:
Celine: Growing up in France, I spent many summers in the countryside surrounded by fields of wheat and corn, experiencing the time of harvest and the smell when they crop the wheat. Since moving to the UK and having spent time in the English countryside, I’ve developed a fascination with the textures, ingredients and colours of grains and cereals and the harvest traditions in Britain. That’s when I started to think this could become a scent concept. Olfactive newness is constantly on my mind and I felt that the essence of these fields of gold crops could be captured and bottled with our unusual Jo Malone London twist. There is so much that appeals to me when I think of English fields: the different shades of yellow and ochre and bronze, the soft rolling horizon, the sunny warmth, wholesome smells and shots of vivid colour from meadow flowers. I love the sense of abundance and generosity each crop cycle brings. The landscape can be a bit random too: you have cultivated fields that look very organised and graphic, then pops of flowers and lush pastures that you cannot control. There is real beauty in this disorder and imperfection, and that was the twist I wanted to capture in this collection.

Why did you decide to make this into a collection, rather than creating an individual cologne?
Celine: It would have been too limiting to stop at one when there are so many flavours to explore. We wanted to focus on several cereal grains such as wheat, barley and rye, but since they all have very different olfactive qualities it felt more natural to pair them individually with complementing wild flowers. Before we started creating the scents we already had an idea of what combinations would work for this as there was a natural rhythm to the names of the ingredients.

Why did you choose to work with Mathilde on this particular project?
Celine: Mathilde has a very interesting approach to creating fragrances. She thinks of smells in textures and colours, and this was a big part of the concept: to capture the warmth and sensation of walking through meadows and fields, touching the soft grasses and dried hay and picking the wild flowers, surrounded by muted golds and greens. She likes challenges and this definitely had a lot of them. To make refined, elegant fragrances using grains is not an easy task!

Mathilde: I was so happy to work with Jo Malone London again (Mathilde is the perfumer behind Myrrh & Tonka Cologne Intense and Green Almond & Redcurrant Candle and Cologne) because I love their way of developing fragrances. English Fields is so unexpected and as a perfumer I love that! Making cereals and grains the main focus is a first for me, a new territory, somewhere as a perfumer I have never been before. The way I work was a good match to this project, as I merge all the senses together – smell, touch, vision – and I love having colours in my mind when I work. It helps me create something coherent. Also, I love eating and I’m very ‘gourmand’, so this was the perfect project! What was your starting point for this collection?
Mathilde: Celine already had some grains and cereals in mind and had considered the combinations which was fantastic. So we had the key ingredients more or less defined from the very beginning.
Celine: We spoke for hours about all the flowers and cereals we could find in the English countryside, then it was a case of mix-and-match. Often we spoke in colours, using terms such as primrose yellow, cornflower blue, meadowsweet white and poppy red.

Did you visit anywhere for inspiration?
Celine: Mathilde and I visited an organic bakery to get a sense of how the various grains smelt and felt. The most interesting part was when the owner of the bakery took us to the basement where they had all the ingredients. The sweet, nutty scent of the sour dough, the texture of the seeds in the sack and the creaminess of the milled flour… we went through them one by one and we both felt the overall smell was very warm and comforting. 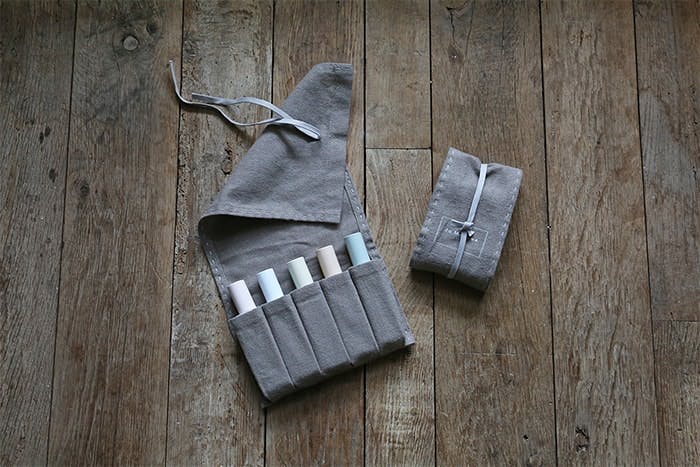 How did you convey the idea of grains and cereals into elegant fragrances?
Mathilde: Many of the notes, such as barley, wheat and rye, had to be made into accords, as they’re not available as natural extracts, so it was a case of combining a few different notes to capture the concept of the grains. However I did have one unique extract: bran absolute, which was a perfect ingredient to add into some of the fragrances because it has a woody, slightly liquorice effect and gives wonderful texture to a fragrance. We also used a hazelnut extract to emulate a ‘crunchy bread’ idea, and a coconut extract to mimic the powdery silkiness of flour. For the floral notes it was all about contrasts and vibrations, something beautifully unexpected.