Santa Claus is getting ready for the biggest night of year, but we wonder how his beard is holding up. The original and the best, today’s bearded hipsters have nothing on Santa’s big white beard. So how does Santa look after it? What beard oil does Santa like best? We let him try a few and let us know!

There are so many beard oils on the market in these days of the beard, it’s hard to know where to start!

Notonthehighstreet.com has a fab variety of smaller brands. There’s The Dapper Duke, who have a Cherry Bakewell Beard Oil (£7.50, for 10ml), coconut and cherry fragrance with lime, orange and vanilla essential oils. 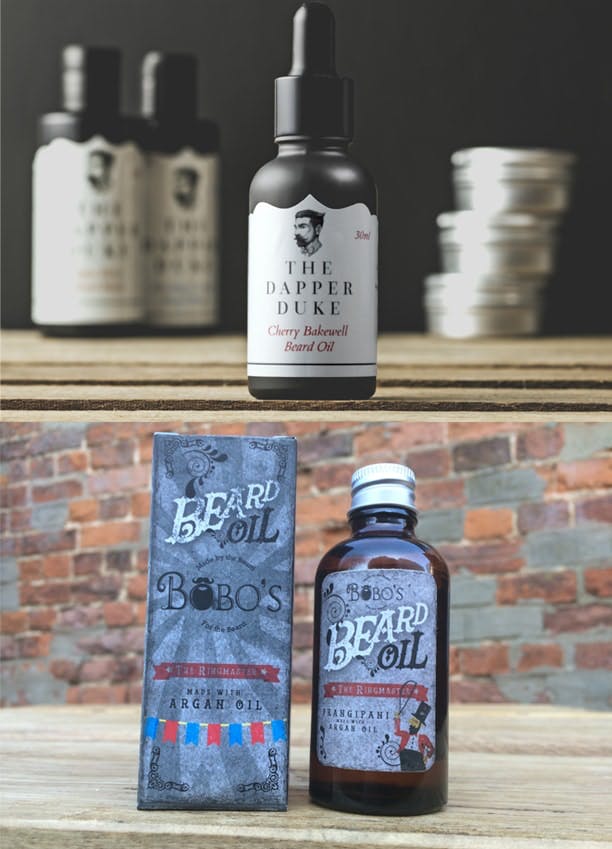 Bobo’s Beard Oil (£21.99 for 50ml) comes in all sorts of scents. Made with Argan Oil, there’s The Ringmaster, which has a hint of frangipani, as well as Peppermint and Patchouli, Ylang Ylang, Vanilla and more. And there’s also a Beard Bomb  in Spearmint (£28.99), a more intensive beard treatment.

Or Man Not Ape (£14.95) who have various beard oils in scents like Mountain Top, Ocean Spray, Desert Sand, and Butlers. The bottles are 30ml. 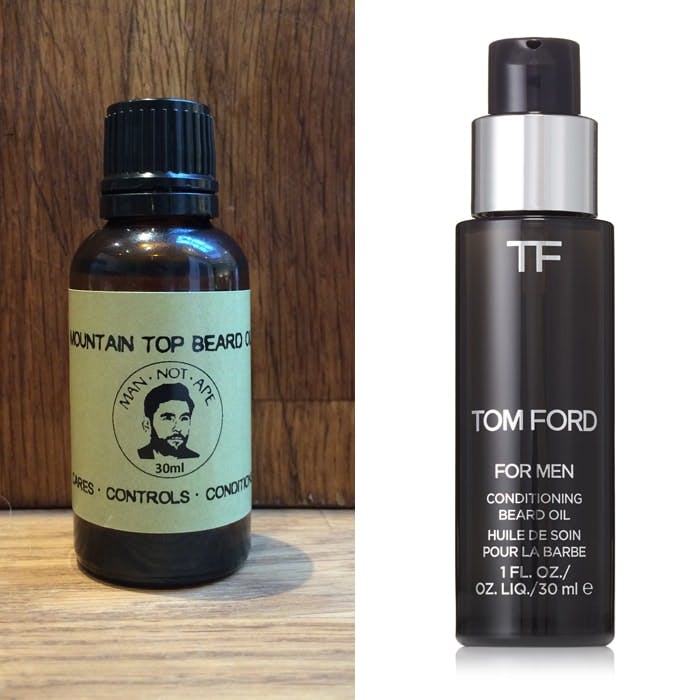 Hipster fave Aesop have a Shine Oil (£23) which isn’t a beard oil per se, but can be used as such. It contains a concentrated blend of emollient oils including Jojoba and Sweet Almond,
and conditioning Vitamin F in the form of Linolenic and Linoleic acids, with an appealing aroma
derived from extracts of Ylang Ylang, Petitgrain and Patchouli. 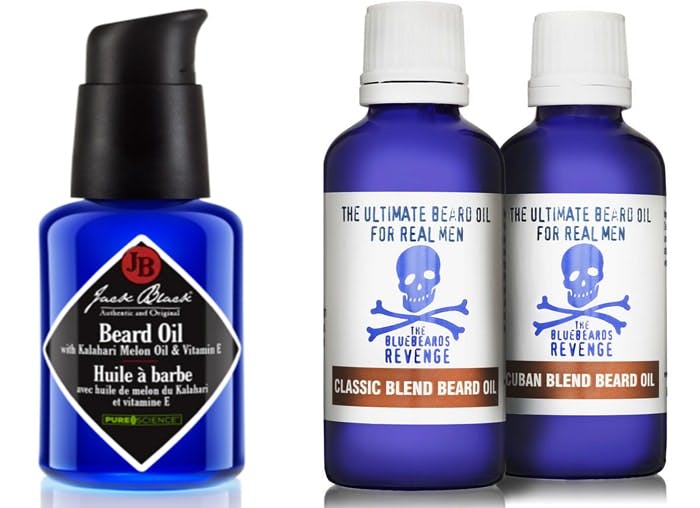 So, we asked Santa to try a few of our favourite oils out… 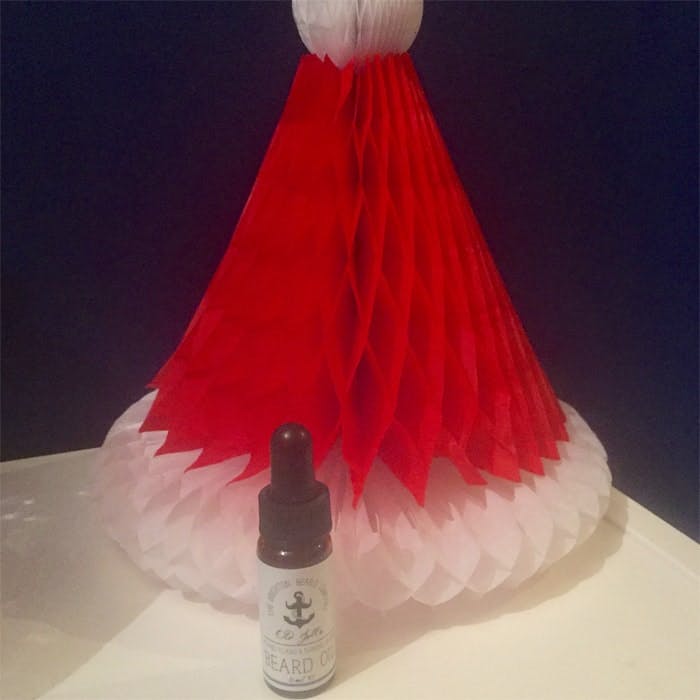 Santa’s Verdict: Lovely oil. Smells delightful, and stops the dreaded beard itch which has been bothering me for ooh, too many years to mention.

Clinique For Men 2 in 1 Skin Hydrator and Beard Conditioner (£28) is a multi-benefit product, targetting beard and the skin underneath. 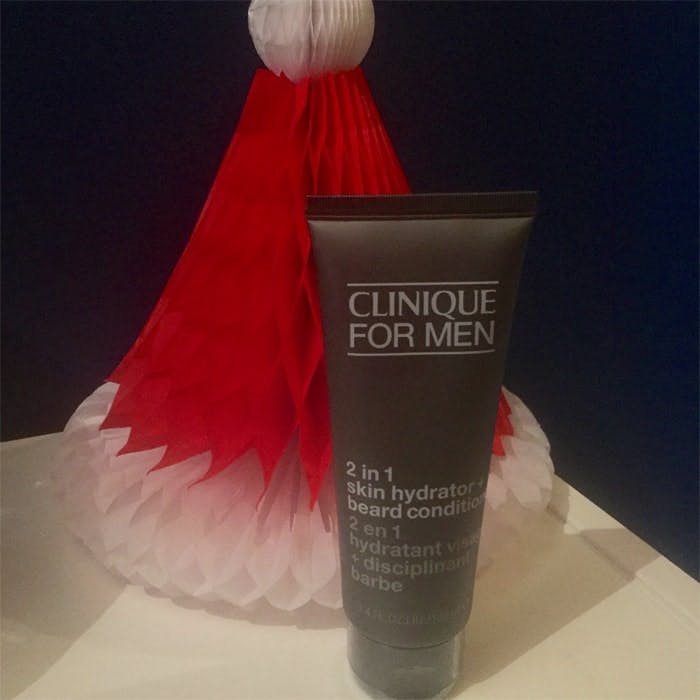 Santa’s Verdict: I think perhaps my beard is a but bushy for this – I’ve not seen the skin on my chin for a LONG time. But it is nice to have something special to wash my beard with. And it’s a great stocking filler for fellow beardies!

The Bluebeards Revenge Beard Oils (£9.99) – Orginal and Cuban, are a great bargain buy. 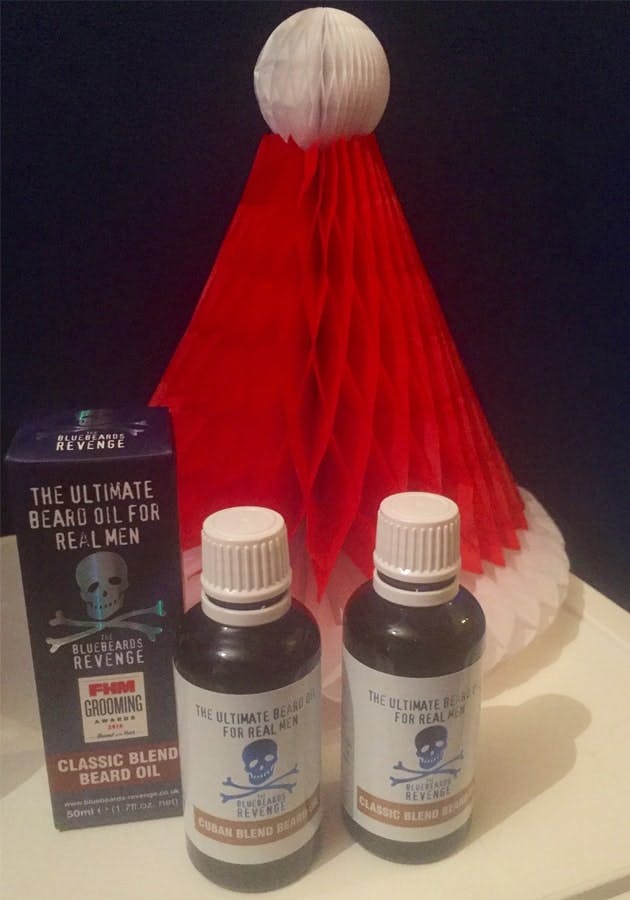 Santa’s Verdict: I have to say I prefer the Cuban Blend – it has a deeper, more intense scent than the Classic. They are both conditioning, and have a handy dropper so you only get the right amount out. 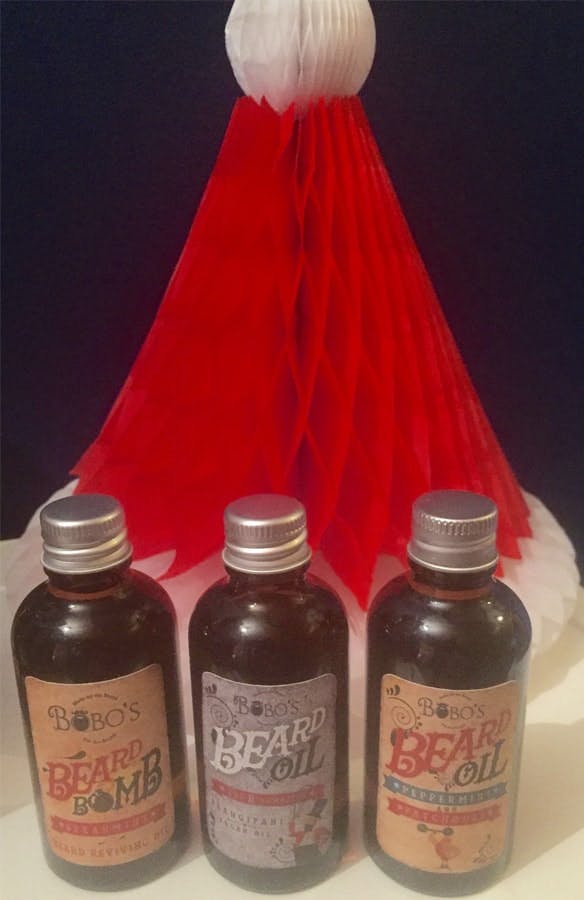 Santa’s Verdict: Wow, that Spearmint Beard Bomb will keep me awake on the long present delivery runs! The Peppermint & Patchouli is my favourite though. They make my beard look and smell great. These are big 50ml bottles, but theycould do with a stopper, as it’s free-pour, and you need a steady hand  – and to not be on a sleigh – when pouring! 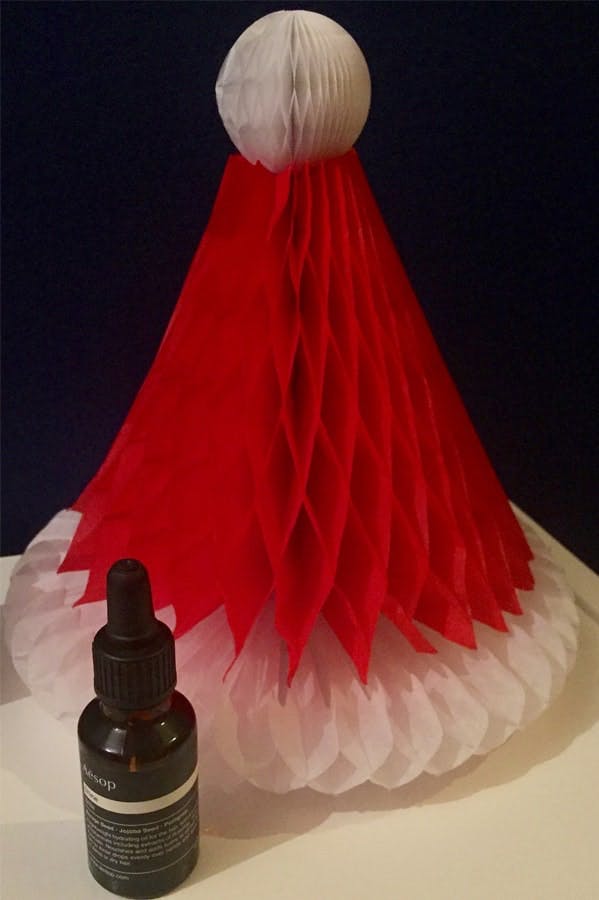 Santa’s Verdict: This isn’t actually beard oil, but it smells as delicious as a mince pie on Christmas Eve. It also makes my beard very shiny, and nourishes. But I can’t keep Mrs Claus from stealing it for her hair!

It’s Christmas! Well, almost. So, for 12 days on the blog, I’ll be bringing you 12 Gifts of Christmas – a delightful dozen that every beauty fan will love! Aramis is a classic men’s fragrance. It now comes in all sorts of variations, but Aramis Classic, is timeless, sophisticated, confident and individual...
Merle Brown
December 21, 2016

It’s Christmas! Well, almost. So, for 12 days on the blog, I’ll be bringing you 12 Gifts of Christmas – a delightful dozen that every beauty fan will love! Now here is a gorgeous Christmas coffret gift if I have ever seen one. This lovely Michael Kors Sexy Amber gift set (it also comes in Glam Jasmine...
Merle Brown
December 21, 2016

It’s Christmas! Well, almost. So, for 12 days on the blog, I’ll be bringing you 12 Gifts of Christmas – a delightful dozen that every beauty fan will love! Illamasqua has some lovely gift sets for Christmas, which, if you are a fan of the brand, you are going to love. They focus on the brand’s best-...
Merle Brown
December 20, 2016