Bobbi Brown has launched the new ASK Bobbi App, and it’s pretty good if you’re a big beauty fan. I’ve had a play around with it, and there’s a lot you can do. Discover recommended products, expert advice, how-to’s and you can shop straight from the App, via bobbibrown.co.uk. 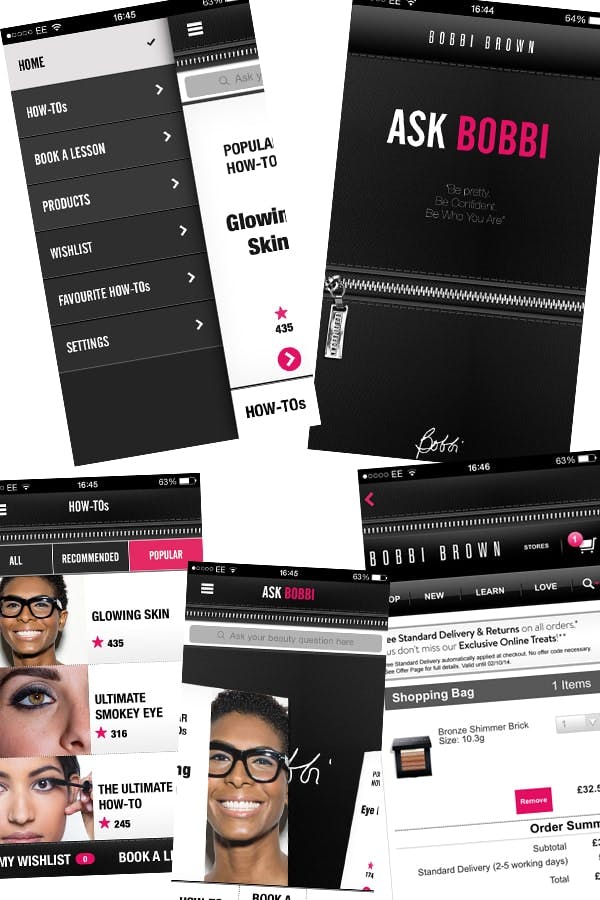 Features on the App include:

Need to book an in-store Makeup lesson? ASK Bobbi directs you to your nearest stores, books the appointment and syncs it to your calendar.

Had an in-store Makeup lesson at the Bobbi Brown counter?  ASK Bobbi saves your recommended products so you can shop them now (or later).

New to Bobbi Brown Cosmetics and want to learn about their latest launches? ASK Bobbi updates you on-the-go.

Purchased an eyeliner, but want to brush up on your technique? ASK Bobbi automatically notifies you with tips for stand-out eyes.

The App is totally free to download for iPhone at the App store (UK & Ireland).