The rise of the eyebrow is one of the most surprising beauty trends in recent years. Thanks to Cara Delevingne, the days of a thin, well plucked line are gone and the trend is now for a strong well defined brow.

Regardless of your own brow preferences, beauty therapists have always stressed the importance of properly groomed eyebrows. A well looked after brow can transform your face, accent your eyes and compliment the contours of your cheeks.

Our Head Creative Jen has been lusting after strong brows for quite some time. So when Ros at Brow Envy in Glasgow’s West End offered to give her HD Brows along with LVL lashes, she jumped at the opportunity. 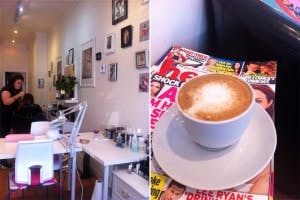 Using a mix of tinting, waxing, soothing, threading and finishing the HD Brows treatment is a design process which creates a tailored brow suited to each individual’s facial shape and preferences.

LVL lashes is an innovative treatment that lifts and straightens the lashes making, them look thicker and more voluminous. It’s an alternative to lash extensions or false lashes which Jen has tried before.

“I’ve had semi permanent false lashes before which come out over time and can look a bit wonky,” Jen said. “Ros suggested LVL lashes because they’re your own lashes just lifted and tinted.”

“I’ve always enjoyed a strong brow but my own are very fair, and colouring them in every day is annoying (especially on the bus, where I often end up doing my makeup).”

After a quick chat about the colour and shape Jen wanted, the brow work began. First her eyebrows were tinted and left for five minutes before the colour was cleaned off. Her brows were then waxed and trimmed before Roslyn picked up the stragglers with tweezers and threading. in Jen’s words she was “super precise.” Some powder was then applied to colour them. 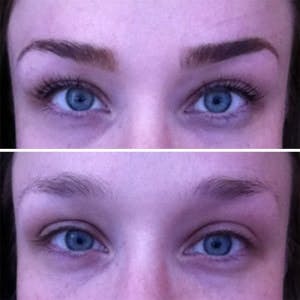 Jen’s HD Brows after and before

For the LVL lashes, Jen had to keep her eyes closed for 30 minutes which she described as “A little weird, but not uncomfortable. I almost fell asleep a couple of times.”

“It’s completely painless, it just feels a little strange.  All your lashes are individually pinned up then each product is applied, left to develop and removed.” 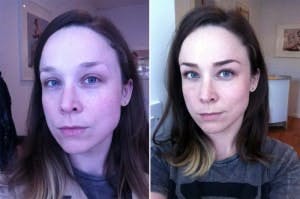 Jen’s brows and lashes before and after

With a few days to get used to them, how is Jen adjusting to her new lashes and brows?

“I couldn’t believe the result. So many people have asked if they’re false lashes,” she said.

“The brows took a little getting used to but I love them, especially not having to pencil them in in the mornings!” 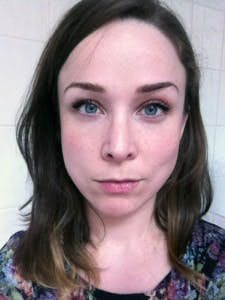 “The lashes are amazing too. They don’t even need mascara, although mascara does maks them look fuller and even more open.

“I’d definitely get both done again, and they’d be especially good before going on holiday.  Great for the beach or pool.”